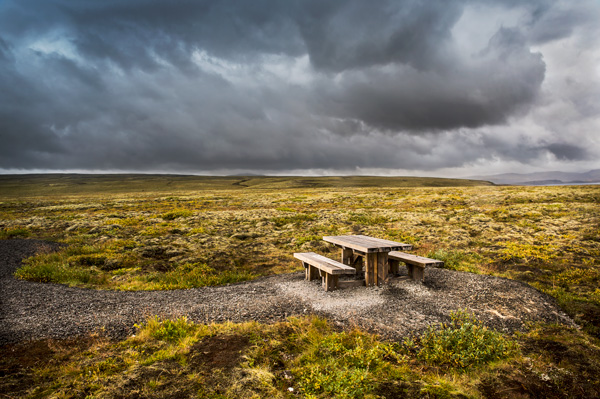 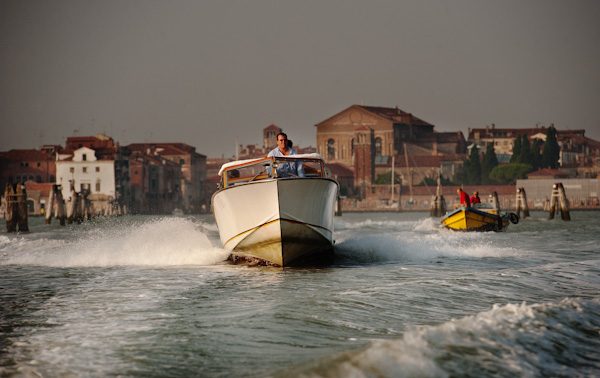 Summer is sprinting to an end, which means I’ll be heading to Europe for a couple of weeks — and that means it’s a race to get all the work I owe people done before we leave.

To keep me motivated, I’ve pulled up some images I made last year in Italy (that’s a Venice water taxi above) and am sharing the piece I wrote about that trip for Marin Magazine a month ago. Ciao!

From Italy with Love

If you must leave Italy after one of the best vacations of your life — and, honestly, I say don’t do it unless you really need that paycheck back home — then the only

fitting way to say ciao is what I’m doing right now: Standing at dawn in the open stern of a wooden speedboat caroming at 35 mph across the choppy water of the Laguna Veneta en route from Venice to Marco Polo Airport.

Warm spray kicks over the mahogany side panels of the 30-foot water taxi, landing on the lens of my Nikon as I try to capture the city’s receding profile. I don’t care. My mind, revved hard by all the incoming stimuli, is a-churn with a wild, reckless idea, one that is, yes, crazy, but really no more weird than any other fundamental, life-changing realization, a true Paul-on-the-road-to-Damascus moment.

I look across the boat to my wife. She is leaning outward over the windscreen, her face full into the breeze, her hair arrowed straight back. If she were a dog (and I can tell you this is not a metaphor she will care for) then she would be in canine nirvana, you know what I mean, head-out-the-car-window-on-road-to-Stinson happiness.

“Hey,” I yell to her. She turns. “Let’s sell everything, move here and buy one of these.”

That’s my idea: Get back to Marin and get rid of everything we own, all of it — the over-priced house on the under-sized lot, the cushy cars, the techie toys. Sell it, sell it, sell it, and then say “see ya” to the relatives, book a pair of lie-back seats one-way to Venice, and buy one of these gorgeous, gleaming boats — which at about $200k, go for less than a few hundred square feet of rancher in Novato. After that, we’re in the water taxi business, shuttling sunburned Brits and other tourists to and from the mainland for 100 Euros a scoot.

“Whaddya think?” I say to my wife. The wind has eaten most of my words, but I can see she’s gotten the gist. Her smile broadens. She nods. Oh, yes, such a good idea. 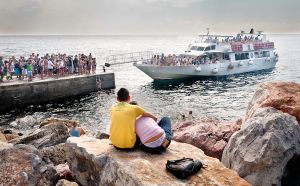 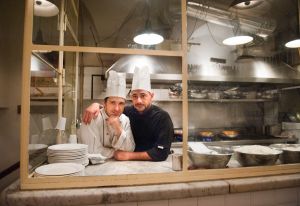 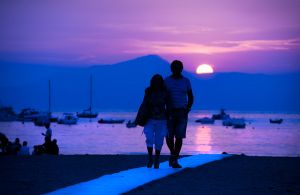 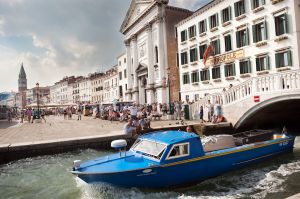 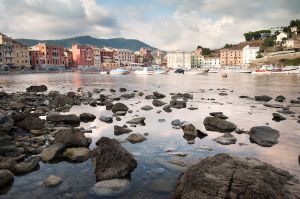 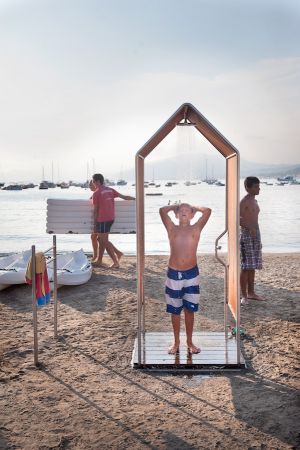 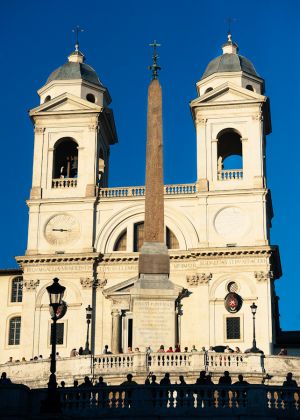 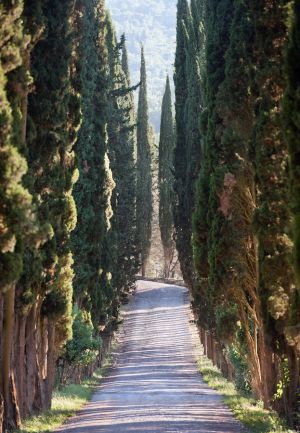 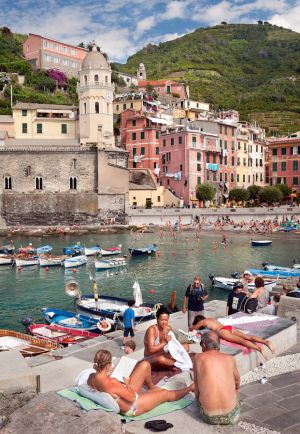 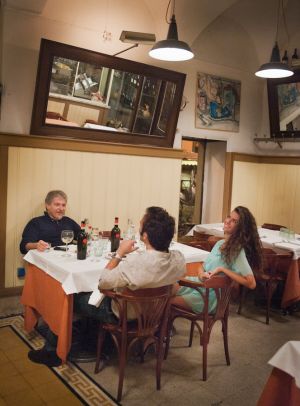 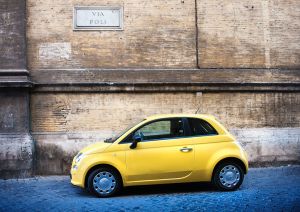 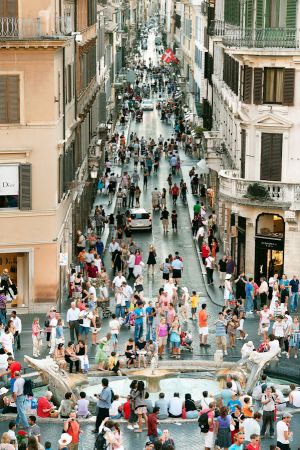 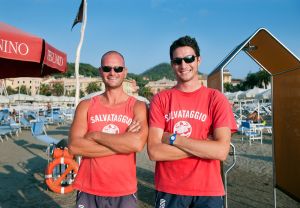 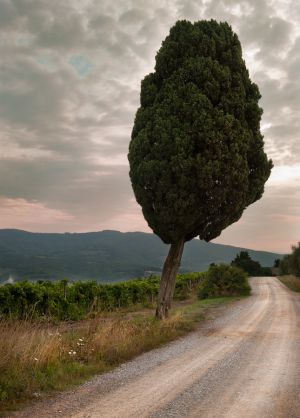 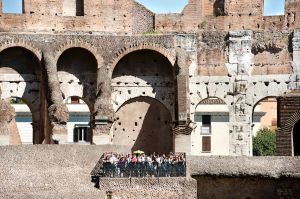 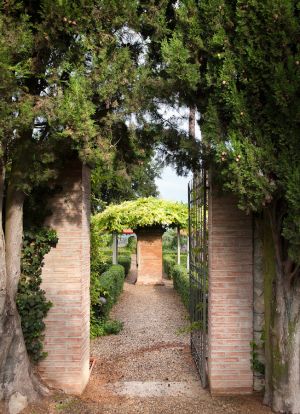 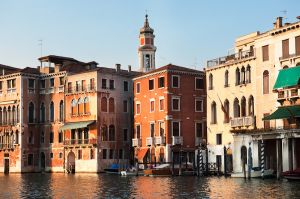 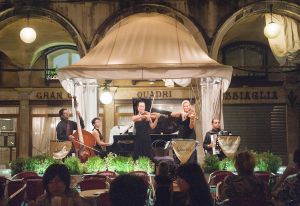 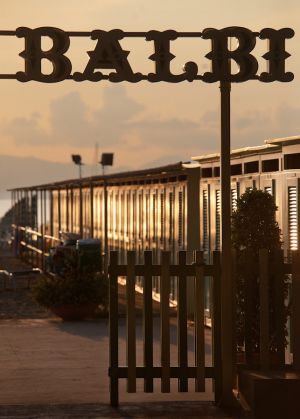 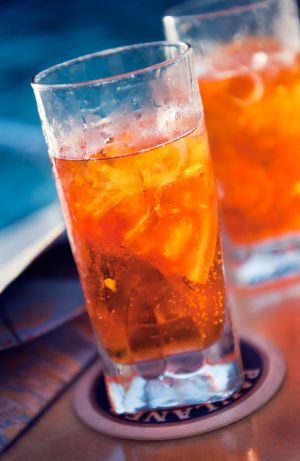 Until this trip, France had been my favorite place in the world. I adore Paris with its cafés, its architecture, and its gardens — the Luxembourg and the Tuileries especially — and I love the rest of the country as well, from the stout breezes of Normandy to the impressionistic villages of Provence, all of it accessible by fast, efficient and inexpensive trains.

END_OF_DOCUMENT_TOKEN_TO_BE_REPLACED 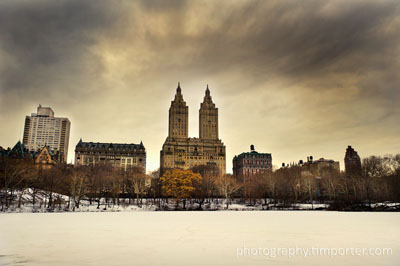 Lessons from a recent trip to Manhattan:

1. Martinis taste better in a crowd.

3. Digging through the closet in California for the winter clothes, including the heavy wool pea coat I’d bought in a vintage shop on Haight Street but never had the chance to use, is more fun than actually wearing them in New York.

4. When it’s 20 and the wind chill is minus God-knows-what, the weather wimp in me wins.

6. There’s a lot of yellow snow in Central Park.

7. It’s easier to find a table in a coffee shop on the Lower East Side than on the Upper West Side. Discuss.

8. I still love the subway.

10. The best protection against frostbite is a return ticket to San Francisco. 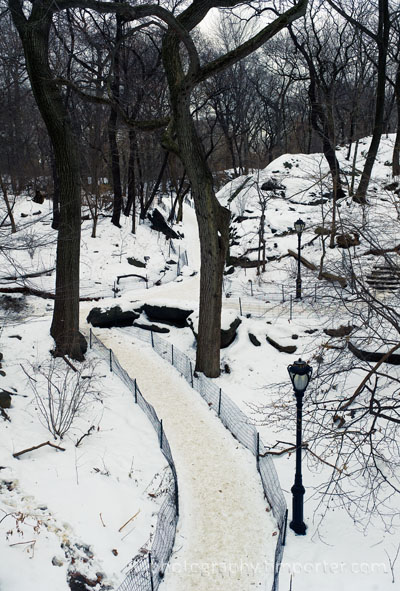 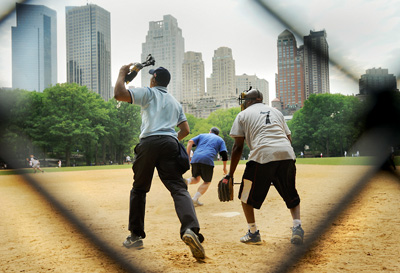 One day. One lens. One great city. That’s a combination to live by — especially when it gives me the opportunity to resurrect one of my photographic roots: street photography, which I’ve always taken to mean as nothing fancier than walking around with a camera and shooting whatever comes my way.

My wife and I need a regular New York fix — museums, meat, martinis and, for me, a Manhattan walkabout. I indulged in the latter (after too much of the former) on a Sunday afternoon. Starting at the southern tip of Manhattan, I strolled Battery Park amid a glut of other tourists, circumnavigated the Staten Island Ferry Terminal, walked up to Wall Street to Trinity Church and then caught an uptown train to Midtown for a B&H break, and finally onto Central Park.

I only took two lenses to New York –a 50 1.4 for nighttime and 17-35 2.8 for everything else. This is part of a discipline I’m trying to adhere to of carrying less and looking more. I had only the wide zoom for the walkabout and, I’ll think you agree, it served me well. (Full gallery here.)

I loved the freedom of almost no gear and the demands it placed on me to move and adjust. Instead of bringing the picture to me, as a big fat bag of lenses can do, I had to go the picture. I also had speed. For those of you who jump to the gallery, look at the wedding shot. It was a turn and shoot, over in a 25oth moment. One lens, ready to go, makes that possible.

These days, as I chase assignments, try to learn technical skills others learned long ago, and spend hours at the computer doing high-rezzes and cataloging, it’s easy to forget the joy simple photography brings — the frame being filled, the captured moment, the image preserved. These were the thrills that drew me to photography originally.

A photo walkabout on a sunny New York Sunday does wonders to refresh the eye, lighten the head and remind me, again and again, of the wonders of photography.

Click here the images (and a few choice New York quotes). I hope you enjoy seeing them as much as I did making them. 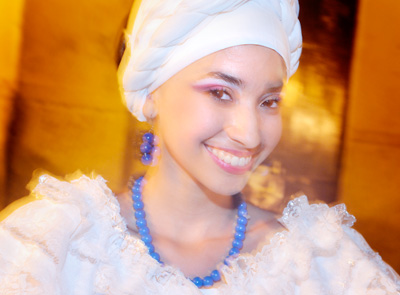 A wedding of two friends in Cartagena last week was a good excuse to end the vacation drought my wife and I have been in. We’d been working non-stop for about 18 months and whenever a getaway window opened we’d manage to slam it shut for one reason or another. So, when the couldn’t-say-no-because-we’d-help-bring-them-together invite to the boda in Colombia came, we jumped at the chance.

I couldn’t leave work behind completely, though, so I pitched a travel story to local magazine, packed a camera bag and booked a room in a luscious hotel fronting the Caribbean at a wedding rate that was 60 percent of rack.

Cartagena has hit the travel-writing radar lately. The New York Times just did a 36-hours-in-Cartagena piece, as did Travel & Leisure, which called it:

” … one of the prettiest cities anywhere: Imagine Havana with a fraction of the population, or San Juan or New Orleans without the sophomores on spring break. It’s both crumbling and majestic.”

I agree with all that, and would add that Cartagena is also home to some of the most beautiful human beings — women and men — I’ve ever seen. Skin colors range from the deep cocoas of the Afro-Caribbeans, to the mochas of the native South Americans, to the near ivory blanco of descendants the European pirates who pillaged the Colombian coast for centuries.

The dancer above was one of a troupe who accompanied the wedding party on its short walk back from the (blessedly air-conditioned) Iglesia Santo Toribio to the Sofitel Santa Clara Hotel. (The photo was shot with an SB800 on camera, using balanced TTL and rear-curtain shutter.)

The old-walled city of Cartagena was beautiful and a delight to photograph. The newer sections of town (where most people live) was a standard Latin America mix — flourishes of prosperity set amid wider pockets of poverty. The beaches were wide, the sand heavily tramped down (except on the outlying Islas del Rosario), and the water 80 degrees.

Fish fresh from the sea dominated menus — robalo, mero and, especially, pargo (red snapper). Street vendors fried up crunchy corn fritters called arepas, some filled with eggs, cheese and meat. Eating one was not an option.

Nothing, though, beat colder-than-cold limonadas, especially those made in a blender with lime juice, sugar, ice and club soda. Add in some leche de coco (coconut milk) and you get a concoction we gringos dubbed a Key Lime Pie.