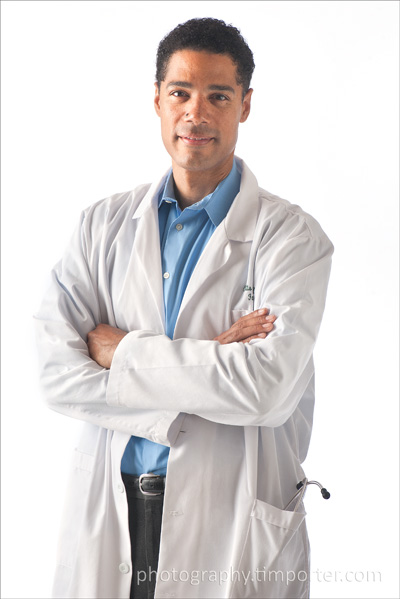 I saw something rare yesterday, something inspirational not only for its elevation of community service over personal ambition, but also for its demonstration of political hope and good will in a time when both are nearly absent in public life.

That something involved this man, Dr. Curtis Robinson, who I photographed last year for Marin Magazine, and attorney Andrew Giacomini, a member of one of Marin’s most influential political families. They were competing to represent the county Board of Supervisors on the board of the Marin Community Foundation, a billion-dollar force in local philanthropy.

I was at the supervisors’ meeting to photograph Kate Sears, the body’s newest member, and saw the board split 2-2 between Robinson and Giacomini (the fifth supervisor, Hal Brown, is ill with cancer).

After a short recess, the board reconvened. Here’s a newspaper account of what happened next:

Giacomini …  approached the podium … and withdrew, urging support for Robinson.

“I don’t think you can make a mistake,” Giacomini said, adding he talked to Robinson during the break.

“I was just going to ask the opposite,” Dr. Robinson quipped. “That’s very special and very kind and will never be forgotten,” he told Giacomini.

In seconds it was over. The board unanimously approved Robinson, and what could have been a moment of rancor and division became one of cheer and unity. One good man had holstered his ambition and stepped aside for another good man, one who had been prepared to do the same.

I suppose it’s sad that such a thing amazed me, but we live in a country where cynicism, negativity and dangerous zero-sum political thinking — victory defined by the destruction one’s rival — rule what remains of public discourse. Yes, of course, this is Marin and, of course, Robinson and Giacomini are much more alike than they are different, but still the swiftness with which they, and the supervisors, acted to resolve rather than inflame a disagreement showed me that the practice of servant leadership in public life is not dead.

At home later, I came across David Talbot’s column announcing his return to Salon magazine, which he founded 16 years ago. As forthright as ever, Talbot wielded a cudgel of outrage over the grim state of national affairs and declared Salon’s dedication to an “American revival.” He said:

“We will cover the people who are rebuilding America from the ground up — taking over their local schools, creating community gardens and food barter networks, launching green start-ups.

We’re inspired by Robert Kennedy, who — after failing to convince President Johnson to end the war in Vietnam — came back to his Senate office in a mood of dark despair about the fate of America. “Oh, to hell with it,” RFK told his young staff, with a new fire in his voice. “Let’s start our own country.”

It’s time to start our own country.”

I read that passage thinking of the sacrifice of ego that Robinson and Giacomini had made, a small thing to be sure, but just the sort of sublimation of self the nation is going to need if Talbot’s sentiments are to become reality.

This is my small part, then, this little story of two big-hearted men. It’s a pebble tossed into a big sea that needs a major change, 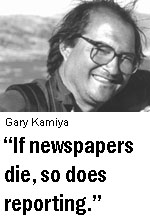