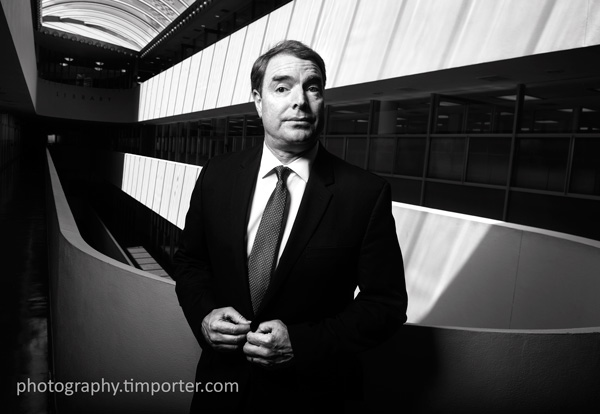 I’ve photographed several local politicians inside the building (here’s Rep. Jared Huffman) and each time I try to use differently the variety of shapes and shadows it contains. Before Connolly arrived, I’d decided I was going to use only one light and work with the darkness as much as I could.

I also knew the  type of photograph the magazine prefers — something not too dramatic, rich in color and vertical (to fit the page format). I wanted something more stark.

The day was warm and the Civic Center, because of its glass ceiling, holds heat. Connolly was also wearing a dark suit. I worked fast, first making “my” photos, shooting into the afternoon light and keeping Connolly in the shade. Many, such as the horizontal below, I thought would work for the magazine. 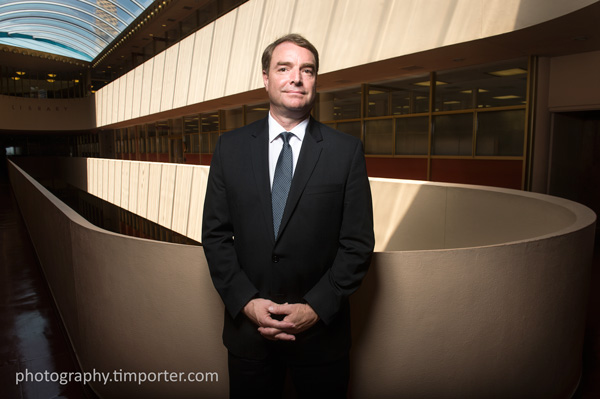 After a few minutes, I changed directions and asked Connolly to sit on a circular bench in the middle of the corridor and using the same strobe  (this time positioned more full on to soften its effect) made a series of verticals that I thought the magazine would prefer.

Here’s the image the magazine chose: 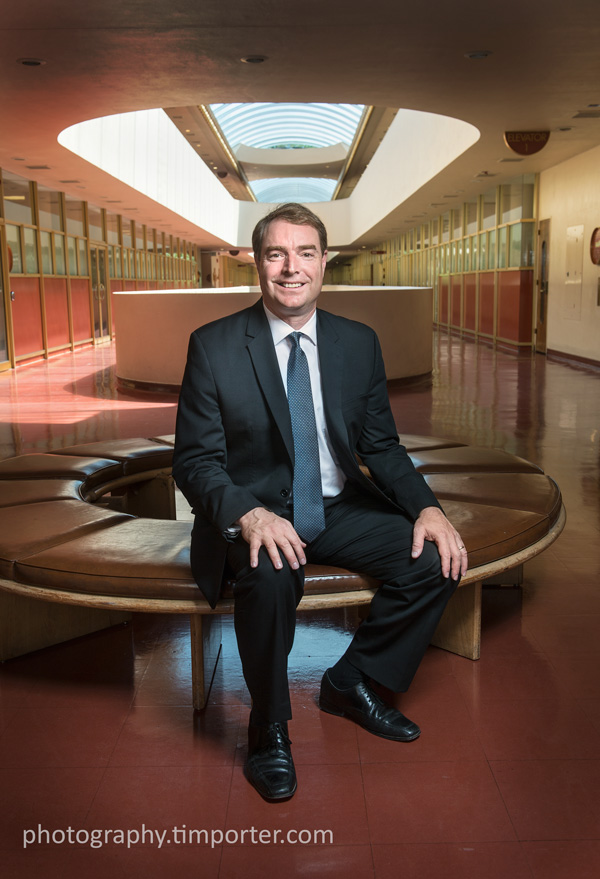 And here’s how the art director used it: 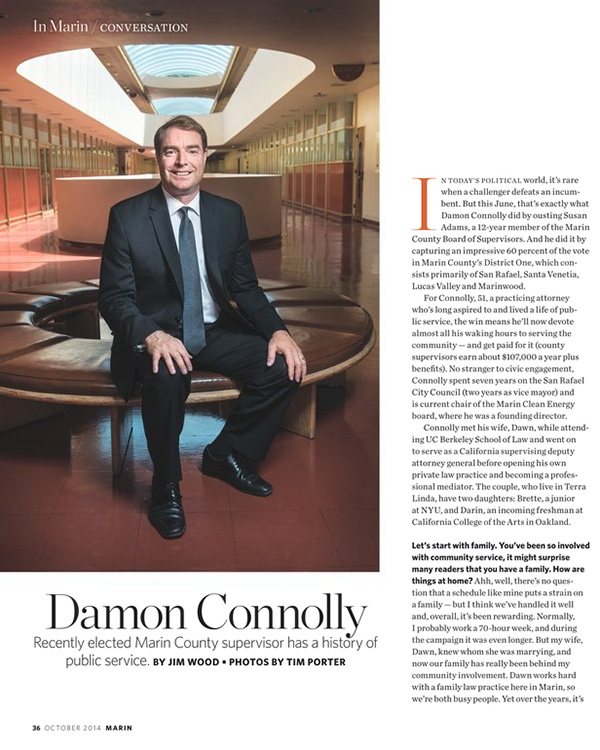 My choice — the top image on this page — was one of several I took while Connolly and I were still talking and before he started posing. In post, I converted it to black and white and bumped up the contrast. The picture is a simple one, a man alone in a corridor, and, for me, the gray tones emphasize the simplicity.