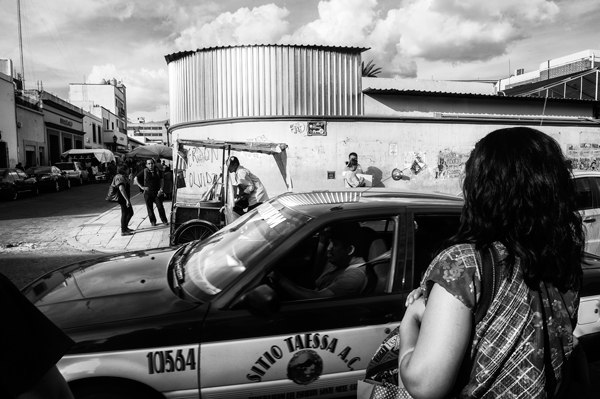 Each time I go to Oaxaca I lower my expectations.

Once, I hoped to speak Spanish as fluently as I do English, to be able to joke and to discuss and to engage. Now, I work at making myself understood and trying to grab the gist of what others tell me.

Once, I had a vision of assembling a collection of great photographs, like those of my late friend and teacher, Mary Ellen.  Now, I am satisfied if the computer I carry up the stairs to my homeward-bound plane holds one or two frames that make me, and maybe her, proud.

Once, I thought I might merge my American life and my Mexican life, becoming as a result a more international, perhaps even bicultural person. Now, I recognize how American I am and that, regardless of how much time I spend in Oaxaca, I am not Mexican at all. I view the world in a distinctly American way, for better or for worse. As an example, despite all the negativity of this election year and the disheartening vein of racism, hatred and fear opened by the Trump candidacy, I see a society of opportunity built on principles of fairness and justice (regardless of how often they are unachieved). This outlook is un-Mexican. Even as Mexico advances economically and socially, it remains far short of being a nation of opportunity. Fairness and justice are foreign concepts in a country where the wealthy and the criminal benefit from an endemic infection of corruption and impunity at the expense of the poor and the powerless. Many Mexicans, especially the poor, accept this status quo. Ni modo. I am too American to do so. I will always be apart – ajeno.

Once, I believed, with great naivety, that I and the people I photograph, many of them poor, most of them single mothers, all of them hard-working and dedicated to their children, had much in common. Now, though, I see how wrong I was. Other than our shared humanity – and I cannot discount the immense importance of the human connection I feel to them – we have nothing in common. I live in affluence, where water flows from the shower head in a gushing stream, where the airport parking garage is packed with pricey German cars, where the food is clean, where we all have bathrooms and refrigerators and where we don’t have to sleep in the same bed as our children because we have more than one bed, more than one bedroom, more than almost everyone in the world. They, these good people, these folks – to use Obama’s word – who welcome me into their one-room homes, have none of that. None. Of. That. Although I see their world, I cannot imagine living in it. They neither see my world nor can imagine living in it. Now, I look to share the moment with them, to do what little I can to make a difference. And then I leave.

I returned from Oaxaca last night after 11 days there.

Less and less. That’s what I expect. The desire for more remains, but I don’t expect it to happen. I’m OK with this. I don’t feel as if I am settling. It feels realistic and possible, and therefore it satisfies. 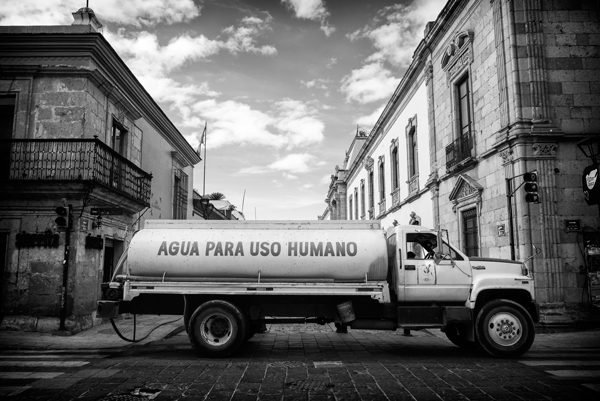 3 thoughts on “Less and Less”