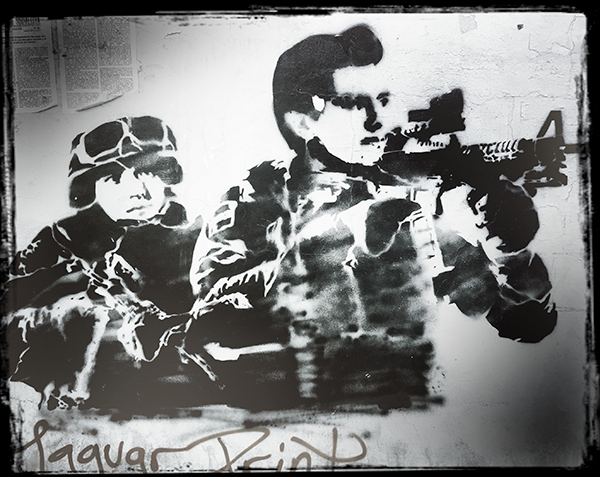 I arrived on Friday night and spent the weekend visiting people and taking photos, one or two of which may be decent. The intensity of life here is extraordinary. In the past two days, I’ve …

* Visited a man who is going blind from diabetes and whose 11-year-old son was damaged at birth by incompetent doctors. The boy has spent his life lying in bed, unable to walk, talk or feed himself, but can communicate through movements of his large, brown eyes and a sweet, wide smile. This father lived in the U.S. for 14 years, working in restaurants in the San Fernando Valley in Los Angeles, and likes to speak English when he can. When I saw him last year, he’d just had his one of his feet fileted into order to cut the diabetic rot out of it and he was blind in one eye. Now, his foot has healed, although he still walks with crutches, but he has lost the sight in his second eye as well. He is 47 and his wife is 37. Each looks at least a decade older.

* Shared a jet-lagged morning on a park bench with a 79-year-old man while waiting for the coffee shop to open and heard him tell me a story about a squirrel that fell 30 feet from the roof of the store across the street from us. The squirrel, he said, bounced off the ground, got up and ran off. The man sells small hand-woven rugs to tourists and we’ve talked occasionally over the last 20 years. Other than squirrels, he likes to watch long-legged young women in short skirts walk past, which we did together for a half hour.

* Went to visit a gay Oaxacan man I know in the small café he runs in his native farm town. In between making cappuccinos and selling frozen popsicles to kids for five pesos each, he takes care of the family cows and works his 80-year-old father’s fields when business is slow and his help is needed. His family used to raise pigs as well, but no more. Too messy, he said, and too needy – they have to be fed three times a day. He doesn’t want to move to the U.S., but would like to visit San Francisco on Pride Day. Until then, I asked, what can a bring you? A cute, 25-year-old man, he said. I’ll see what I can do, I said.

* Got stuck in this town after dark with five women from Oaxaca waiting for a collective cab. An empty cab can hold five people and I knew I was never going to be able to out-maneuver them to grab those seats so I was prepared to hitch or walk to the highway about three miles away. When a cab arrived after a 45-minute wait, it had four empty seats. The ladies grabbed the first three and with one remaining they offered it to me so one of them would not be left behind solo. I accepted their gallantry.

* Had dinner with a friend who had moved to Oaxaca from California and has struggled through more than a year of financial and bureaucratic complications. The day before I arrived she had an accident in the apartment she rents and strangers helped her get the medical attention she needed. I have never felt more alone, she said. The tears came. We hugged. I left thinking about the solitariness of our existence.

* Sat at a long folding table underneath a massive white tarp licking mole negro from my fingers as I ate lunch with several hundred residents of another neighboring town who had gathered to honor the patron saint of Mexico, the Virgen of Guadalupe. The food was a reward for having sat through a 90-minute mass presided over by an aging priest who exhorted in a slurred, but well amplified voice his parishioners to not abandon the word of The Savior. My companions were a mother and her three children who had lived in the U.S. for a dozen years but had returned home to this town, where she was born and where she lives in the house of her parents. She introduced me to every aunt, uncle, cousin and friend who was there, and I spent the afternoon involved in one hilarious conversation after another with people who found me, the visiting old gringo, to be an amusing curiosity. Some thought my friend and I were married, a subject of much laughter. Many had worked and spent years in the United States, including an uncle who had just returned home from Oklahoma, where he had worked for the local city government and where he had used his pension payment to pay off the mortgage on the house he’d bought decades ago for $20,000.

* Arrived home late last night to find the group of Canadians who share the house I stay in when I am here well into several bottles of wine and mescal and seated at a table headed by a local driver and tour guide I’d known for many years. The last time I saw him was the last day my late photographer friend was in Mexico in the spring of 2015. He’d driven her and I to the airport and was supposed to drive me back to town, but there was a dispute over his fee, which angered my friend, who had used his services for years and felt he was extorting her. She left angry and I vowed to never recommend the guide to anyone. Last night, he offered me a platter of his wife’s excellent tamales and after a mescal or two we hugged as he left.