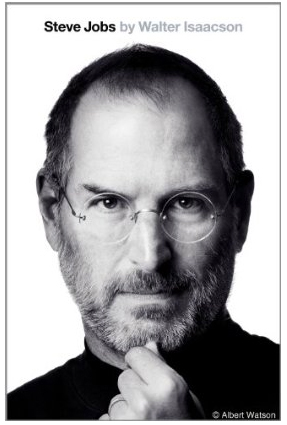 I just finished Walter Isaacson’s biography of Steve Jobs and would recommend it to anyone who uses an Apple product or who is interested in creativity, intuitive thinking or, as Isaacson put it, the “intersection 0f artistry and science.”

The last couple of pages of the book Isaacson devotes to a verbatim reflection from Jobs on what he hopes his legacy might be. Here are a few selections from that extended quote. Maybe there will spur you to read the whole book.

* On art and science: “Edwin Land of Polaroid talked about the intersection of the humanities and science. I like that intersection. There’s something magical about that place.”

* On startups: “I hate it when people call themselves ‘entrepreneurs’ when what they’re really trying to do is launch a startup and then sell or go public, so they can cash in and move on. They’re unwilling to do the work it takes to build a real company.”

* On honesty: “I don’t think I run roughshod over people, but if something sucks, I will tell people to their face. It’s my job to be honest. … Maybe there’s a better way, a gentlemen’s club where we all wear ties and speak in this Brahmin language and velvet code-words, but I don’t know that way, because I am middle class from California.

* On personal growth: “You always have to keep pushing to innovate. Dylan could have sung protest songs forever and probably made a lot of money, but he didn’t. … The Beatles were the same way: They kept evolving, moving, refining their art. That’s what I’ve always tried to do — keep moving. Otherwise, as Dylan says, if you’re not busy being born, you’re busy dying.”