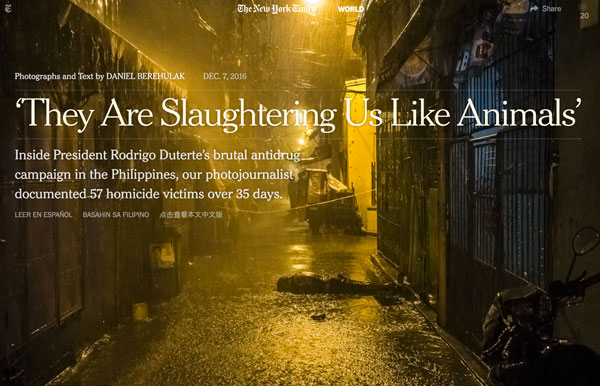 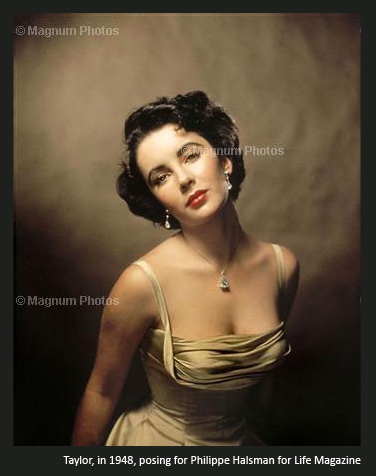 Elizabeth Taylor,who died Wednesday in L.A., was one of the most photographed woman of her generation and became a Hollywood icon in an era when stars were idolized by photographers (instead of chased). The classic lighting and poses are worth a look, no matter if you are a Liz fan or not. Here is a selection of images of Taylor. The ones from the early years are my favorites.

* Magnum Photos has a wonderful slideshow of classic Taylor images, including several by Philppe Halsman (left, for Life Magazine) and Burt Glinn.

* The New York Times, in addition to its lengthy obituary, also has a slideshow that contains still from Taylor’s movies. They’re worth a look for the lighting alone.

* In case you didn’t make it to any of Taylor’s weddings, Life Magazine has pulled together an album of them all.

* Life, again displaying the power of a deep archive, is touting this collection of “unpublished pics.” Click in a few to see Taylor, in full louche, with Montgomery Clift.

* For a moving (literally) tribute to Taylor by  N.Y. Times critic A.O. Scott, watch this Times video on YouTube.

* Bite Me, I’m an Art Director: Hey, if you’re going to rip off someone else’s cover concept, why not steal from among the best — the New York Times’ T Magazine? T chomped on Coast Magazine after the Orange County publication cloned one of its cover (see left). Cheesy, cheesy, cheesy –even for a food feature. Full story here.

* Quoted! “If I could tell a story in words, I wouldn’t need to lug a camera.” —Lewis Hine.

* Big Pixel Power: Boston.com, the web presence of the Boston Globe newspaper, is serving up mega-size web images of powerful photojournalism. Check out this dramatic shot of the California fires, or this one of a starving Ethiopian woman.

* In a Galaxy Far, Far Away: Brit photographer Steve Schofield crosses the bond to document life in the Queen’s former colony and finds — Americans cross-dressing as Star Wars characters.

Dith Pran, the New York Times photojournalist whose life in enslavement and later escape from Cambodioa under the murderous Khmer Rouge was portrayed in the movie The Killing Fields, died Sunday.

The Times obit is here. A gallery of Dith’s his life and his photos is here.