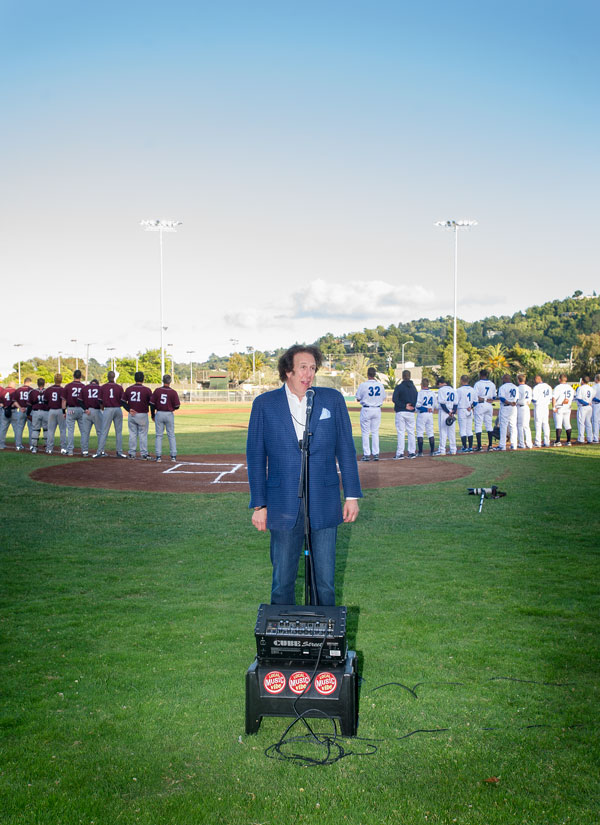 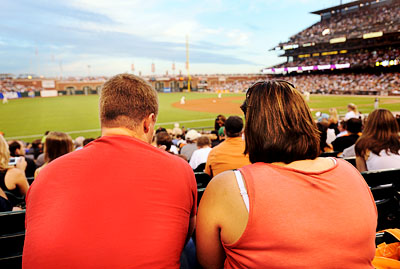 Now, don’t get me wrong — I love overindulgence and have indulged overly and often throughout my life. I’ve always believed, though, that incessant feeding of the inner beast (corporal or emotional) also requires eventual self-correction. In other words, excess is a big “yes” and it comes with a bill that must be paid with the currency of “no.”

Sadly, many of us — and particularly Americans — just ain’t got no “no’s” when it comes to food and drink. Few places is that more on display than during a game of America’s favorite pastime, where what’s happening between the foul lines often seems secondary to what’s happening in the beer and pizza lines.

Last night, my wife and I saw a great game of baseball — Giants vs. Rockies with the Giants winning 2-0 — in arguably the country’s greatest ballpark. We took the boat from Marin, sat down low, saw the Little Panda homer and had a couple of beers and dogs. All good.

What was evident, though, from the moment we boarded the ferry in Larkspur until we returned hom five hours later was many people view a ballgame as simply an excuse to publicly drink and eat as much as possible.

Guys were buying beers and cocktails two or three at time on the ferry, enough for them to get well lit by the end of the hour-long bay-crossing. At the park, people around us ate non-stop for nearly three hours. I watched them inhale hot dogs and mounds of garlic fries, crunch down plates of cheesy nachos and bags of peanutes, then wash it all down with beer after beer after beer.

The result was not bad behavior — nothing more than the usual Bud and testosterone-fueled boisterousness at any Giants or Niners game — but bad bodies laden with fat, sugar and carbs.

The young couple in front of us (above) were in their 20s, but were already 40 to 50 pounds overweight apiece, poundage that surely increased during the game. Nearby seats will filled with “older” people — 40s and 50s — whose beer-bellied guts ballooned out like those of pregnant women, whose knees, aching from carrying the extra weight, wobbled on the stairs, and whose backs, pulled forward by years of too many pounds, were hunched and rounded. They looked and acted decades older than their age.

And, yet, young and old alike, they ate and ate and drank and drank throughout the game, saying “yes” to thousands of calories. Clearly, they had indulged their ravenous appetites for years outside of the ballpark, but just as clearly the game provided an opportunity — and an excuse wrapped in the bunting of the national pastime — to amp up that indulgence to a feverish pace.

Why should I care? For a couple of reasons.

First, the drinking among men in their 20s and 30s these days seems to outpace even that of my generation, and I always thought we had set a high benchmark for self-excess. Of course, I realize this observation is ridden with irony and smacks of inter-generational typicalness.

More importantly, though, I should care (and so should you) because Americans are eating themselves to death and costing our society billions in the health care needed to treat diseases cause by obesity.

During the whole contentious debate on U.S. health care reform, obesity has been called the elephant in the room — one most Americans don’t want to hear about because it would force an admission that a simple change in behavior would improve their own health (and their children’s) and lower the overall price all of us pay for medical care.

If America’s National Pastime was just saying “no” to overindulgence more often, we could start saying “yes” to health care reform. Yes, it is more complicated than that, but it’s a good place to start. 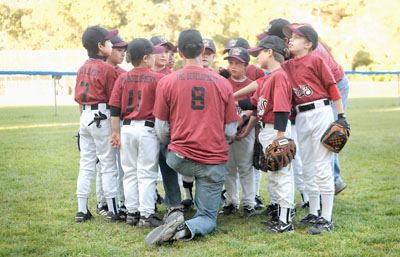