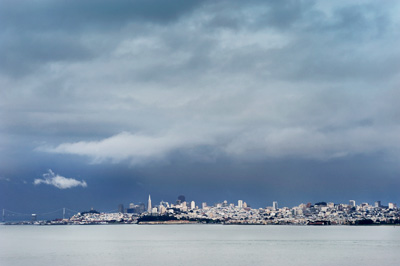 I have, to paraphrase Blanche Dubois, always benefited from the kindness of strangers. By this I mean I have had many guides — good people who, through advice, action or simply mannerism, provided me with a way forward when I could not see one and anchored me against the storms to which I have always been unwisely drawn.

One of the most important of these people was Fran Ortiz, a photographer with the “old” San Francisco Examiner who taught me the principles of photojournalism at San Francisco State and, later, encouraged me to pursue a career in it. I took half of that advice — I kept the “journalism,” but dropped the “photo.” Now, I am trying to reunite them in some form. 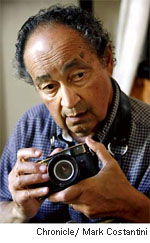 Fran was a man of immense visual talent, but what made him such an accomplished photographer were his patience, gentility and humor, qualities that enabled him to insert himself (and his camera) into the lives of his subjects so seamlessly.

As a teacher, Fran was persistent in pushing us toward excellence. He taught me how to read a contact sheet to understand how I shot, how I moved through a scene or interacted with the person I was shooting. One frame, he would say, says little about the photographer. The entire shoot reveals his technique, personality, strengths and weaknesses. The same observations apply today on a screenful of images.

He told us to get closer, to move in, to be amid the action not apart from it, and to get in front of people — faces, not asses, he would say. These techniques were all part of Fran’s belief that, as Pulitzer Prize-winning photographer Kim Komenich said in this tribute: “Fran realized a photo should be made and not ‘taken.’ He based his entire way of seeing on the idea that the negative is the score and the print is the performance.”

Made not taken. I try to judge my own work by that standard and still fall far too short far too often.

One of the best times to make pictures, Fran said, was in the worst of weather. When the weather gets bad, grab the camera and head out, he would tell us in class. During these last few days of heavy (and welcome) Northern California rain, I’ve heard Fran’s voice in my head quite often.

The shot above — San Francisco under a storm — is my response. I like it, but I keep wondering how Fran would tell me to improve it. (Take a bigger look.)