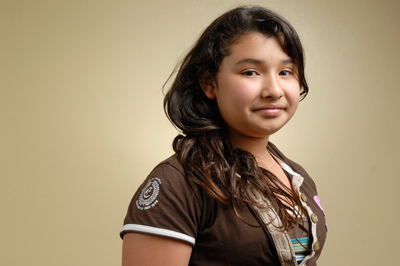 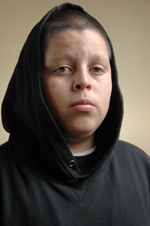 Sueños de Niños
Are we paying for the immigration debate with the dreams of children?

“I just want my family to have a better life than I did – to live in a house, to have money to buy things, to never feel like we didn’t have enough to eat.”

It’s election season and that means a monstrous mass of warm political air is forming over the country. Much of the rhetoric will be devoted to immigration, a frothy social stew as complex as any on the national menu, but one nonetheless that politicians and pundits will boil down to bite-sized chunks of overcooked language designed for quick partisan digestion.

Illegal immigrants. Undocumented workers. Amnesty. Earned legalization. Each side frames the debate in words intended to play on the xenophobia or compassion of voters. The process is manipulative, to say the least. Beyond all the politicking and policy-making, though, immigration is about people – as it has been in the for 400 years. We are a nation of individuals and families who have come here for one reason: To build a better life.

Through the centuries, immigration policy has swayed to the tune of the times. Immigrants were welcomed or rejected depending on national economic need or the fickle direction of political winds. When we needed cheap labor to build the Western railroads, for instance, we imported it from . A few decades later, as the Gold Rush waned, we passed the Chinese Exclusion Act, punishing the very workers whose sweat had helped open the West.

Each set of succeeding arrivals were relegated to the bottom rung of the socio-economic ladder, where they suffered various forms of discrimination, subtle and overt. At varying points in U.S. history, the national immigration debate (and social scorn) centered on people whose names began with “Mc,” ended with “witz” or had too many vowels.

Today, as the long march of the presidential campaigns slogs toward November, the phrase “immigration debate” is synonymous with names that end in “ez” – Sanchez, Rodriguez, Fernandez.

This group, Hispanics, is the nation’s largest minority – more than 44 million people, an estimated 11 million of whom emigrated through the back door, either via a dangerous border crossing or an overstayed visa. Depending on your choice of language, they are either illegal or undocumented. Either way, they are sin papeles – without papers – and living in a netherworld in which hope for a better life is every day diminished by fear of deportation.

Although nearly a third of the nation’s Hispanics live in California, affluent and mostly white Marin County is home to relatively few – and most of them live in the Canal neighborhood of San Rafael, where the old Anglo street names of Larkspur, Belvedere and Vivian seem culturally anachronistic in a community in which Spanish is not just a first language but in many households the only one.

The Canal is home to 12,000 people packed into 1.2 square miles, 86 percent of them immigrants from and . The neighborhood’s most visible face is the men who line and looking for work. Today they may be painting your house, tomorrow cleaning your yard. To many, rightfully or not, the day laborers embody today’s immigration debate.

The future of that debate, though, is not found on a street corner but in the classroom. , in the Canal neighborhood, is 91 percent Latino. , on nearby , is 52 percent Latino. Both Madrone and high schools are more than 40 percent Hispanic.

These students live amid the uncertainty and tension of the immigration tug-of-war. Even for those who are documented or citizens, the anxiety hovers. Families are separated, friends are deported, fairer-skinned strangers judge with a harsh look and an unspoken message no child should hear: You are a burden and a blight.

Yet, children they are and like children everywhere they dream. Some of their dreams reflect the hardness of living on the economic edge (“I would like to help people. I feel bad for the little kids that don’t have homes,” says a 12-year-old whose family is from ). Many other children of the Canal, similar to their counterparts in Mill Valley or Ross, see futures as doctors, lawyers or other professionals (“I want to be a scientist to study plants and find a cure for cancer,” says an undocumented 13-year-old from El Salvador.)

The Canal Alliance, the neighborhood’s primary social service organization, helps students stay on the educational path that can turn dreams into reality. Its Youth Education and Development Program tutors, counsels and provides other academic services for 150 students a year and guarantees that any student who stays with the program will make it out of high school and enroll in college – quite an accomplishment for a child who must learn a new language, get the right grades, and overcome the financial hardships common in a community where the median family income is about $36,000, less than half that of the county as a whole.

The young people whose photographs you see here are part of the Canal Alliance program. They are smart, eager to learn, and, sadly, more streetwise than you’d expect a child to be. After hearing them speak of their dreams and the difficulties their families face, it’s difficult to imagine anyone wanting to limit their chances of achieving a better life.

In the name of politics, though, that’s what happens. In most states, undocumented students who want to attend a public college must pay exorbitantly higher non-resident tuition fees even if they’ve lived in the area for years. At , for example, residents pay $20 a unit for classes, non-residents up to $185 a unit. Those sort of fees can derail the ambitions of a poor Hispanic child without the right papers.

National legislation called the Dream Act would undo this system by allowing illegal immigrants who met certain conditions (longevity in community, among them) the right to gain legal status and receive the same educational benefits as any other student, including financial aid. Introduced in 2001, the bill has languished in Congress.

Ten states, however, including , have enacted versions of the Dream Act. In , an undocumented student can pay in-state tuition but cannot receive financial aid. About 25,000 of those students will graduate from a high school this year. Without financial aid, university fees are out of reach for many of them.

Regardless of who occupies come 2009, the wrangling over immigration policy will continue. Words will still fly in . Millions will still be spent on the border. Poverty in will still push people northward.

Amid it all, Hispanic children – con o sin papeles – will continue to dream of a future better than the one a street corner can provide. And we must ask ourselves: Shouldn’t we be helping make those dreams come true?